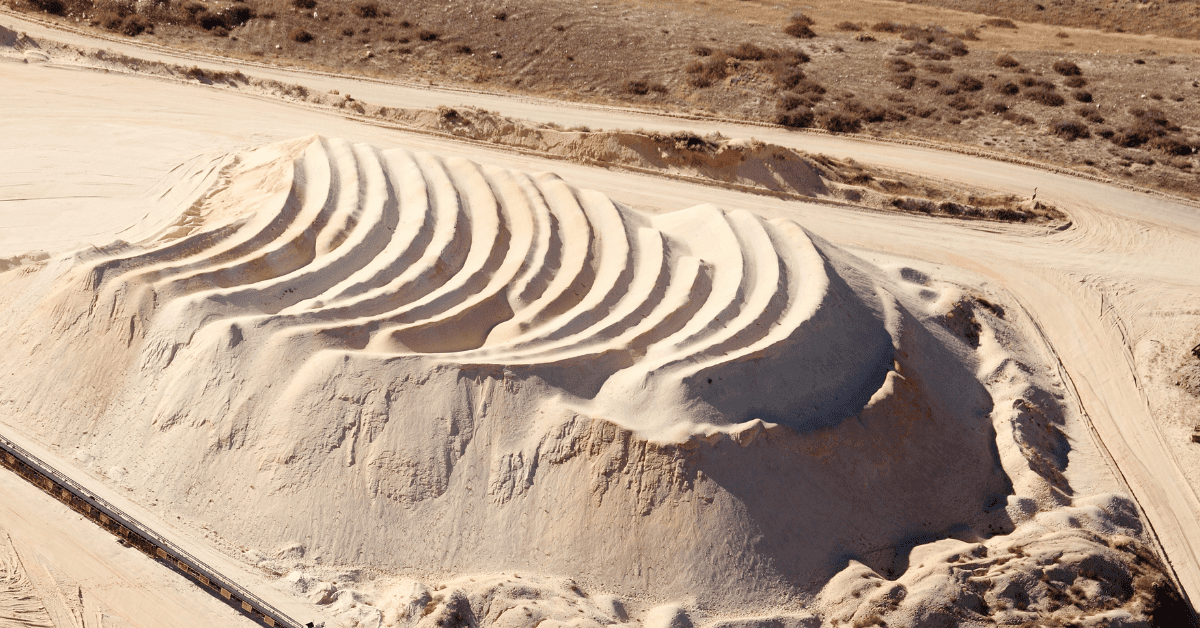 Popularly used as a chemical agent in fertilizers, phosphate is a high-demand mineral. It’s the natural source of phosphorus, an element that provides a quarter of all nutrients that plants need for their growth and development.

In this blog below, Mulberry phosphate trucking experts will be tackling phosphate’s origin, how it’s used, and the Mulberry Phosphate industry!

Phosphate is a sedimentary rock formed millions of years ago by the accumulation of organic matter on the ocean floor. Phosphate reserves are found in Africa, North America, Kazakhstan, the Middle East, and Oceania. But the world’s largest deposits are located in Morocco, which is also one of the global leaders in phosphate extraction.

Locally, phosphate is popularly concentrated and mined in Central Florida, which is also called the “Bone Valley”

In the process of mining, phosphate is mixed with water using high-powered water guns to create a slurry. It is then pumped to the beneficiary plant, wherein the phosphate is separated from the sand and clay.

The leftover clay is then pumped to areas known as “clay settling ponds” and the sand is pumped back to the mined area.

To know more about Phosphate and different aggregates used in construction, click here.

How is Phosphate Used?

As mentioned above, phosphate rock is processed to produce phosphorus, which is one of the three main nutrients most commonly used in fertilizers (the other two being nitrogen and potassium). Phosphate can also be turned into phosphoric acid, which is used in food and cosmetics, as well as animal feed and electronics.

Florida’s phosphate mining started in 1888 at Peace River. At the same time, prospectors began searching for other sources of phosphate which led to Central Florida’s Bone Valley, where they discovered thick beds of phosphate rocks, covered only by twenty to fifty feet of sand and clay.

As mining in Bone Valley officially started in 1890, a railroad that was meant to transport lumber and turpentine ran through the heart of Bone Valley. This became a convenient location to drop off and pick up goods in a Mulberry Tree, which was strategically located among several phosphate mining companies.

As the Mulberry population started to grow, it became a mining boomtown. Businesses were happy to support the growing Mulberry phosphate industry and remained the center of the Bone Valley Mining Industry.

Phosphate is a finite resource, so it’s crucial that it’s extracted and used in responsible and sustainable ways.

As we haul phosphate and other aggregates for different projects, we understand how hauling and transporting them with safe handling is important to preserve its quality.

Our experienced Florida phosphate trucking team guarantees that you can always rely on high-industry standards of safe and secured transportation for a seamless and smooth hauling!

To know more about how Trans-Phos is the best trucking company in Mulberry, click here!

No comments to show.